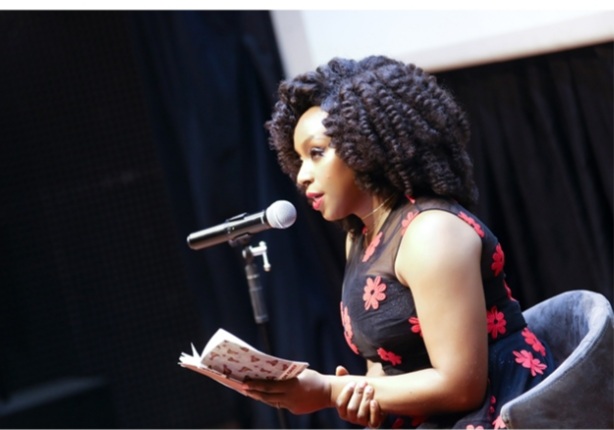 Ms. Adichie’s work has been translated into over thirty languages.

Her first novel, Purple Hibiscus (2003), won the Commonwealth Writers’ Prize, and her second novel, Half of a Yellow Sun (2006), won the Orange Prize. Her 2013 novel Americanah won the US National Book Critics Circle Award and was named one of The New York Times Top Ten Best Books of 2013.

She has delivered two landmark TED talks: her 2009 TED Talk The Danger of A Single Story and her 2012 TEDx Euston talk We Should All Be Feminists, which started a worldwide conversation about feminism and was published as a book in 2014.

Dear Ijeawele, or a Feminist Manifesto in Fifteen Suggestions, was published in March 2017.

Her most recent work, Notes On Grief, an essay about losing her father, has just been published.

Ms. Adichie divides her time between the United States and Nigeria, where she leads an annual creative writing workshop.

1. SHE LOVE  WEARING HER AFRICAN HAIR.

It plays a major role in the identity and politics of Black culture in the United States and across the diaspora.

2. SHE IS NOT A FAN OF FIXING ARTIFICIAL NAILS.

If you take a close look at her images, no matter the occasion, she rarely wear artificial nails.

A feminist is someone who supports equal rights for women. If your brother objects strongly to women being paid less than men for doing the same job, he’s probably a feminist. If you believe that women should have the same political, social, and economic rights as men, you are a feminist.

4. SHE LOST BOTH PARENTS IN SHORT PERIOD OF TIME.

Months after losing her father James Nwoye Adichie in summer of 2020, author Chimamanda Ngozi Adichie shared a heartfelt note on the sudden demise of her mother Grace Ifeoma on March 1, 2021.

Putting her grief to words, Adichie wrote “How Does A Heart Break Twice?”

5. SHE DOES NOT BELIEVE IN CHANGING HER NAME AFTER MARRIAGE.
(She still answer her Maiden Name)

Though for me No 4 is a bit difference,  l have lost my beloved father and  husband,  so l understand the scenario  of how does a heart break twice.

Life is too short to worry about people choices, do what makes you happy, be at peace with yourself and spread peace to the world 🌎.

Everybody will be alright 👍

What other facts do you know about her?